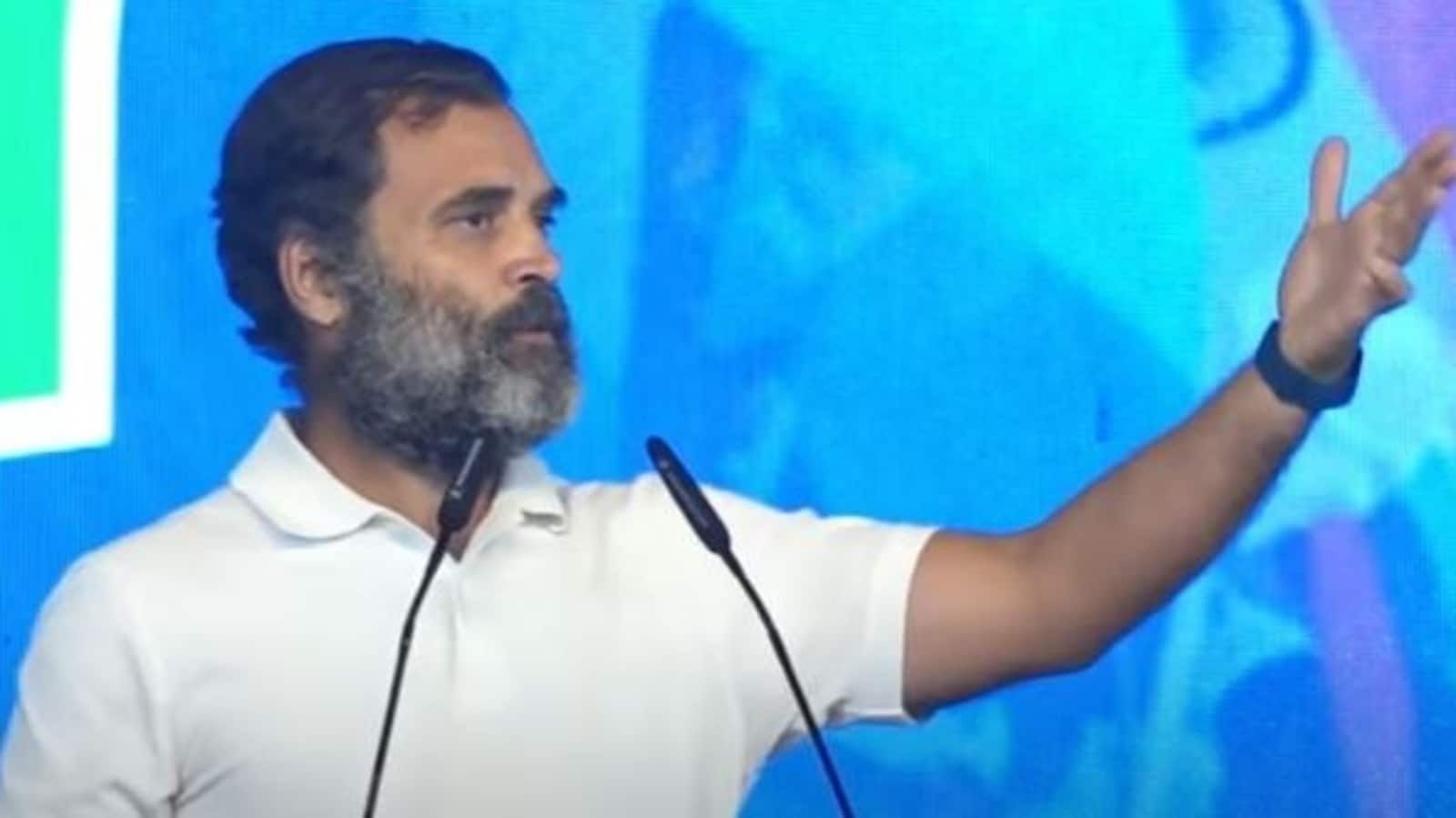 As Congress chief Rahul Gandhi addressed a rally in Maharashtra’s Nanded on Thursday, he stated he was feeling like narrating a narrative but in addition requested permission from the viewers as he stated the story is somewhat controversial. It was the time when Rahul Gandhi visited Kedarnath and met an RSS chief there. Additionally Learn: ‘Ought to I attend or not…’: Actor Sushant Sing joins Rahul Gandhi’s Bharat Jodo; Pooja Bhatt says…

As he narrated the story, Rahul Gandhi stated he made up his thoughts that he won’t take a helicopter to Kedarnath. “I’m going to go to the best tapasvi on this planet and might’t I do the tapasya of strolling 15-16 km?” Rahul Gandhi stated.

At Kedarnath, Rahul Gandhi stated he met a rotund RSS chief. “I do not know find out how to say this however his weight was round 100 kg. He had a servant with him carrying a fruit basket. As I requested him he stated he introduced these fruits to supply to Shiv ji. I believed he did not carry; his servant did. However I did not say this to him. I do not simply blurt out what I believe all the time,” Rahul Gandhi stated.

“He requested me how I got here. I informed him that I walked. He informed me that he flew on a chopper,” Rahul Gandhi stated.

“After the puja, he requested me what I requested from the lord. I additionally requested the identical factor to him. He stated, ‘Rahul, maine sehat ( well being) maangi’. I believed he would have gotten ‘sehat’ had he walked as much as Kedarnath. However I didn’t inform him this,” Rahul Gandhi stated.

Rahul Gandhi, nevertheless, informed the viewers what he really requested the lord. “I didn’t inform him. As a result of he won’t have realised this as our methods are completely different. However I’m telling you I didn’t ask for something. I simply folded my arms and thanked Shiv ji for exhibiting me the trail,” Rahul Gandhi stated.

“That is the distinction between Congress and the RSS, between Gandhi and Savarkar. We simply do not discuss. We stroll the discuss,” Rahul Gandhi stated

Thanks for subscribing to our Every day Information Capsule publication.